Colwyn Bay Honda
From £50 per month

Honda’s iconic mini-bike is back! The Honda Monkey Bike has been re-imagined for the present day, with styling that draws heavily on the original, complemented by modern, premium touches such as USD forks, twin rear shocks, LCD instruments, IMU-based ABS and full LED lighting. Its 125cc air-cooled engine delivers 6.9kW power, and fuel efficiency of 67km/litre; wet weight is a mere 107kg. The Honda Monkey bike is perhaps most widely known from the 1970s, but it first saw the light of day in 1961. Originally developed as a 49cc child’s plaything for Tama Tech, an amusement park in Tokyo, it proved so popular that a road-going version was developed. Its popularity was based on a cute, instantly-likable design, tiny dimensions and ultra light weight - which made it a whole load of fun around town. By 1978 – a point that marked the start of real prime time for the Monkey – the machine had been re-styled with a teardrop style fuel tank, and became hugely popular with legions of RV drivers in need of convenient transport to use once they were parked up. And this is where and when the cheeky Monkey really cemented its place in millions of hearts; with its 3-speed gearbox and centrifugal clutch (which needed no ‘traditional’ motorcycle skill to operate) it gave thousands of riders their first experience of twisting the throttle on a powered two wheeler. Because it was so much fun, and so easy to ride, it did more to sell the concept of motorcycles to a wider public than perhaps any other machine. With its chunky tyres, mini-‘ape’ style handlebars, miniscule fuel tank and big, squashy seat the Monkey look is unmistakably of its time, but – just like the affection in which it is held – also timeless.

Features of the Honda Monkey Bike

The Monkey Bike is now in store. If you would like to receive the press pack, or to ask about the latest deals, please contact Steve on 01492 535959. 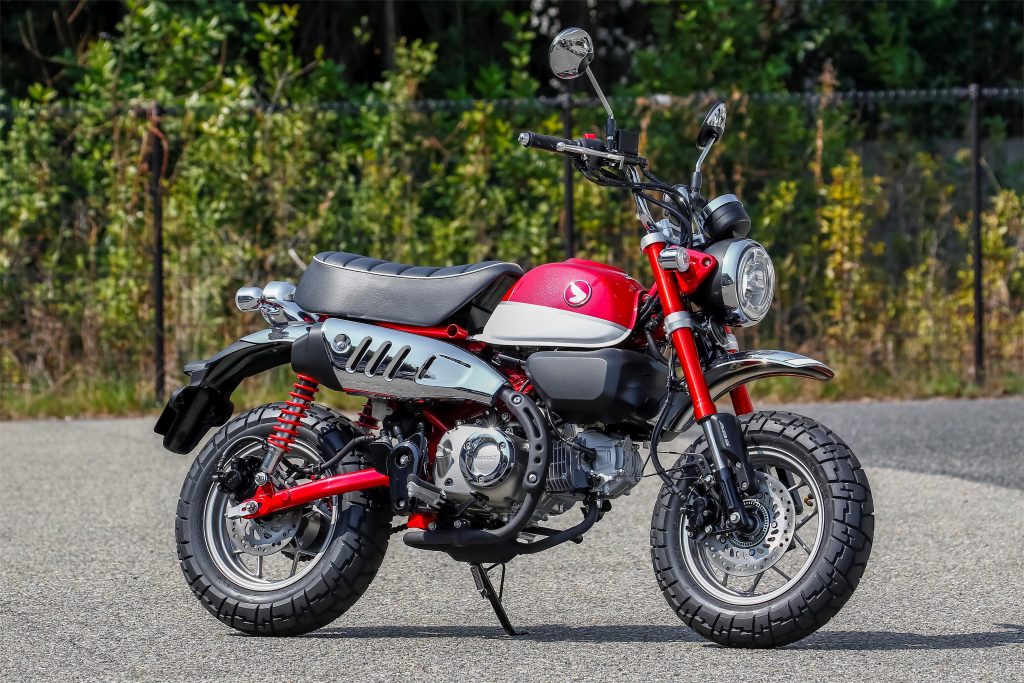 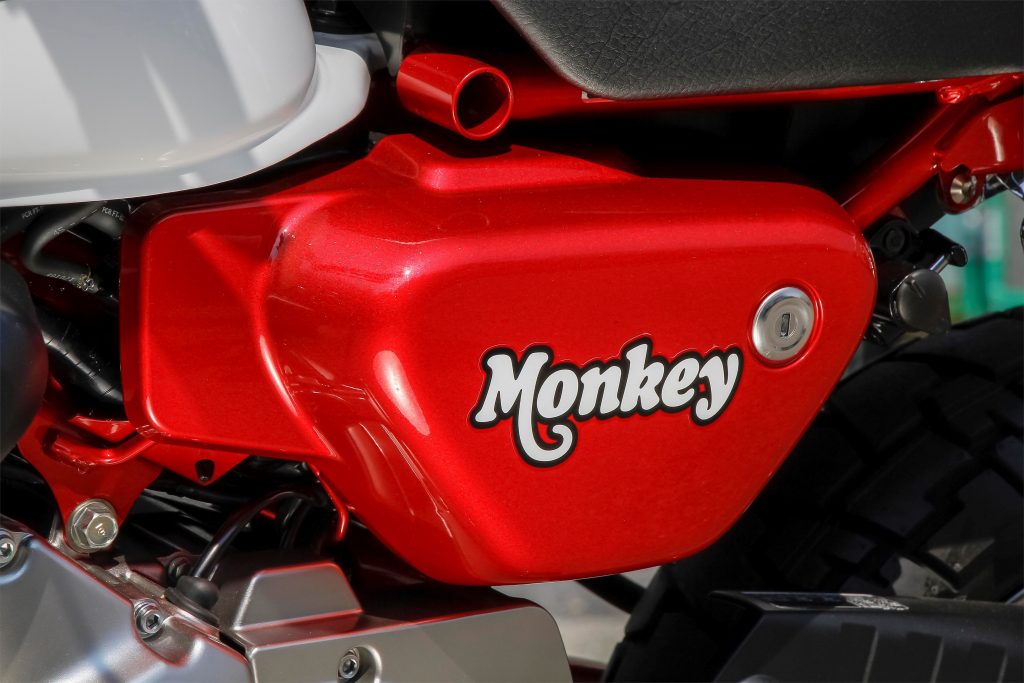 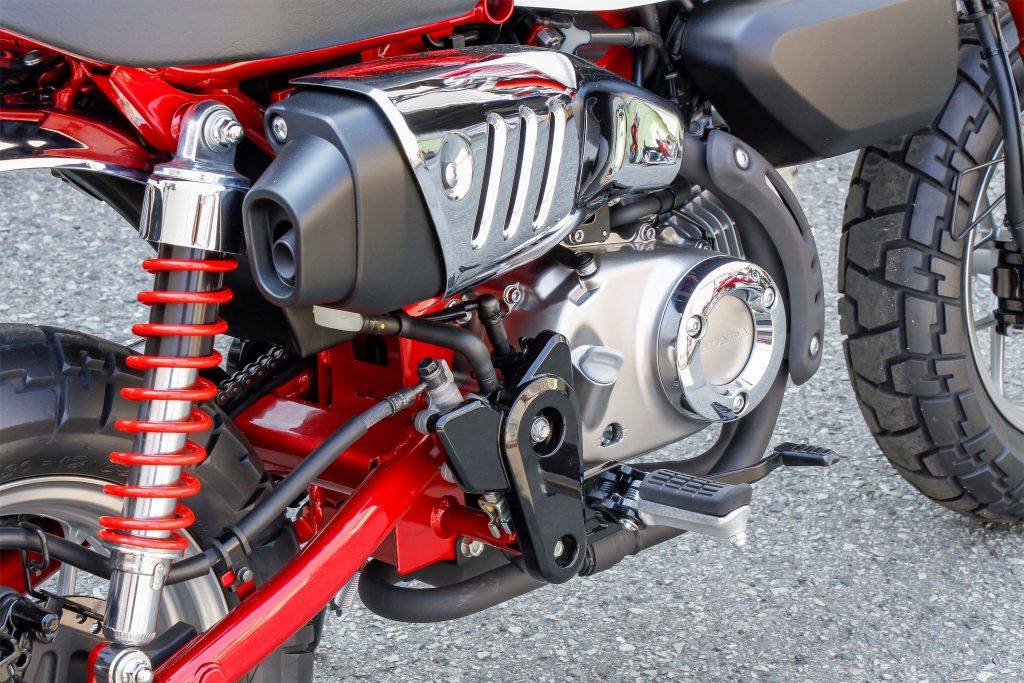 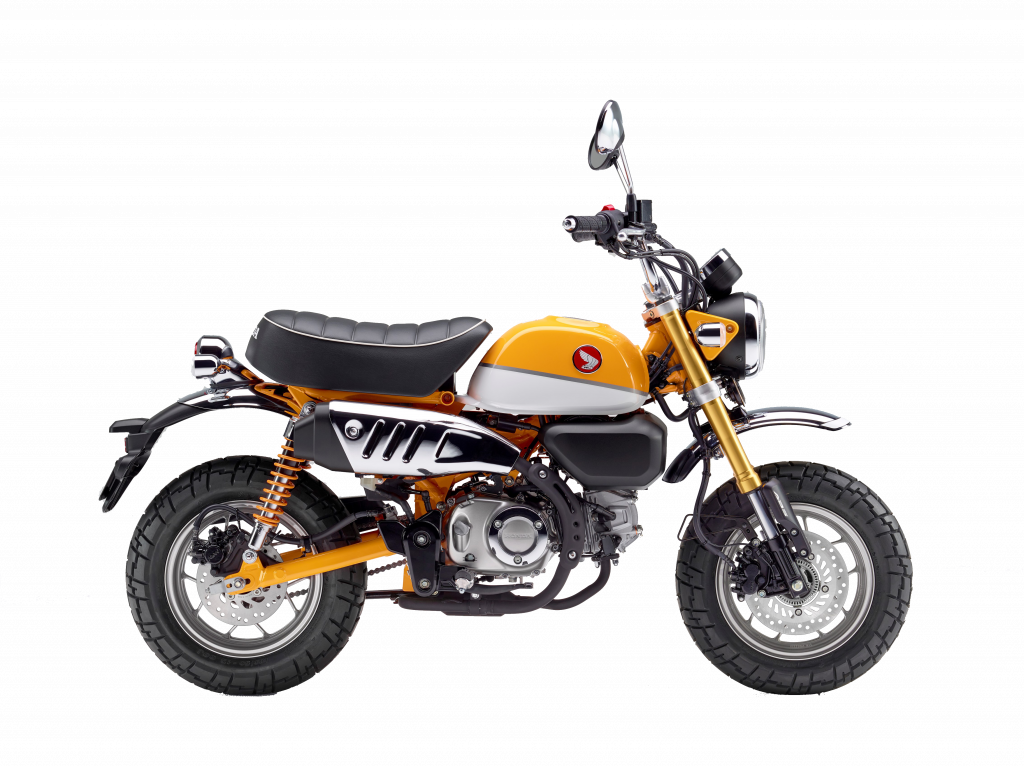 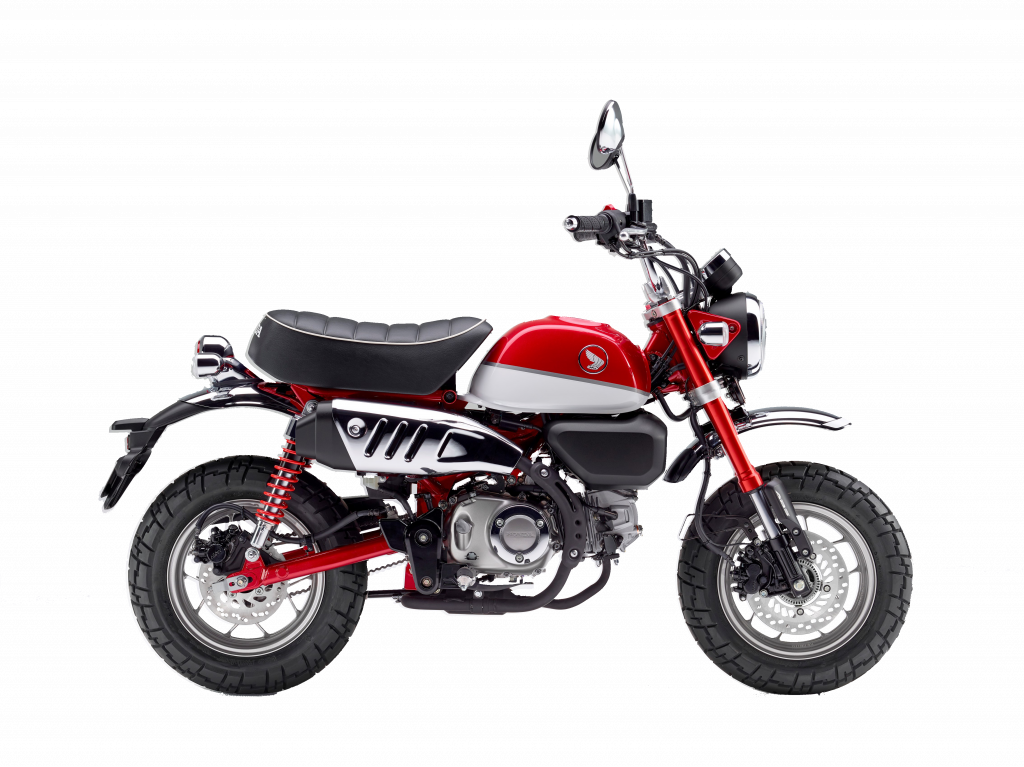 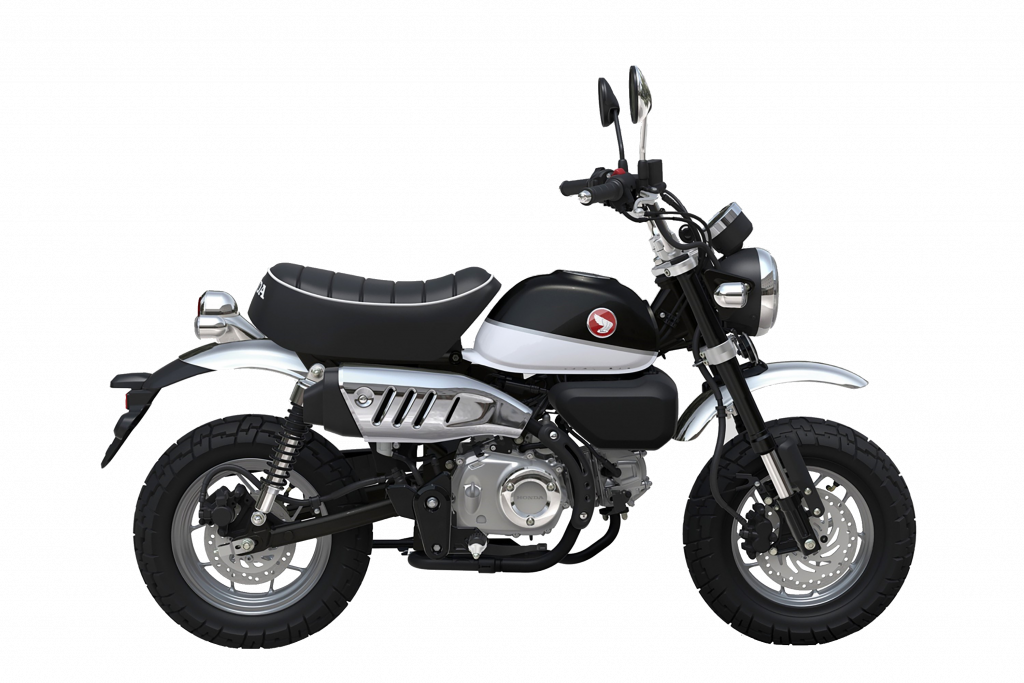 Personal Loan or PCP, which finance is right for me?

There could be more than one way to finance this Monkey. Find out about Personal Loan and PCP below. 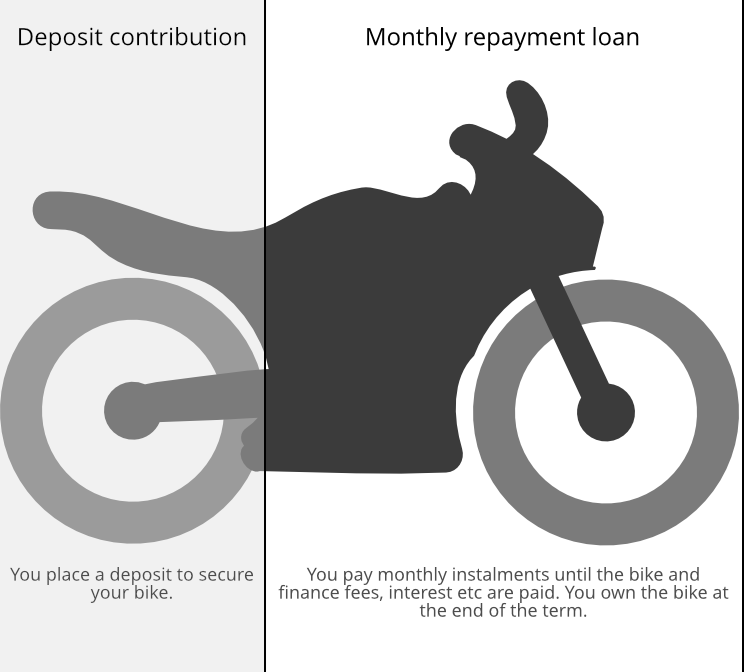 You can part exchange your existing bike or put down a cash deposit. The monthly repayments cover the rest of the cost of this Monkey including any additional fees and interest.

Once you have paid all the monthly repayments, the Monkey belongs to you. 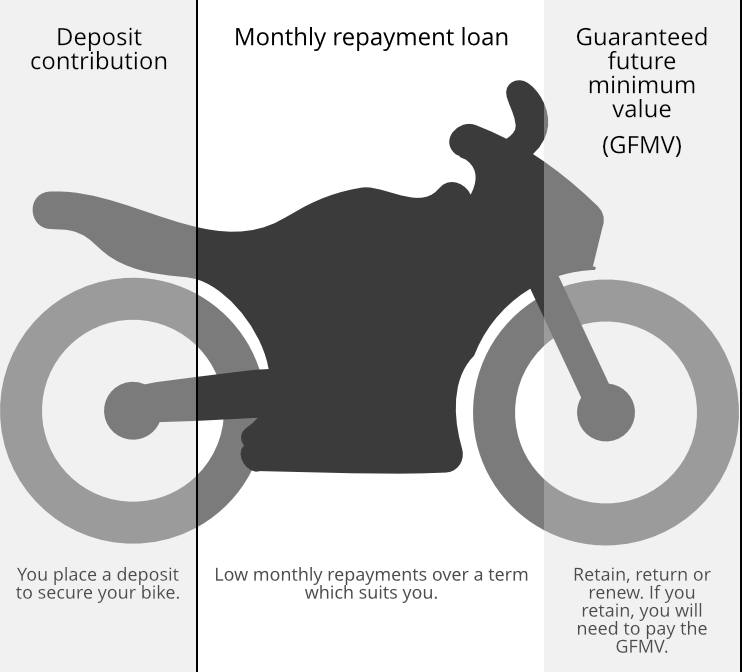 You can part exchange your existing bike or put down a cash deposit. Typically, your repayments are less per month and cover a proportion of the Monkey's value and any additional fees and interest.

At the end of the term, there is a final 'balloon payment' to pay before the Monkey belongs to you.

Enquire about this Honda Monkey

Enquire about this bike

Complete the form to make an enquiry for this bike. We try and respond within 24 hours.

By post, email or phone. Get in touch, we'd love to hear from you.

This site uses cookies to enhance your browsing experience, and customise your session based on your previous visits.